Why make three movies on historical subjects and one on a fictional one? “Why do you think?” I suggest Faust is a sort of prequel to the other three. “Maybe,” he nods. Or is it that the first three deal with the death of power, whereas Faust addresses its acquisition? “But he never gets this power,” Sokurov says. “It’s impossible to have this power, because it doesn’t really exist. It only exists to the extent to which people are ready to submit to it. Power is not material.” Do some people have no choice but to submit to power? “No. There is always choice. Even during Stalin’s terror, people had choices. They could betray or not betray, for example.” Does he mean that people were persuaded, rather than forced, to submit to power?

‘We enjoy being forced’

“I would be more precise, even,” he replies. “They wanted it. Because it’s the most comfortable position for most people. We enjoy being forced. It takes responsibility off your shoulders. People are more afraid of responsibility than anything else

Especially all-encompassing responsibility for your country, for the security of your people, for war and peace. Many millions survived only because they withdrew from these responsibilities. For example, they voted for Hitler, they tolerated Stalin. Millions of people did nothing to stop the Cultural Revolution in China. Just like now most of us are refusing to think about the conflict going on between Christian and Muslim civilisations.”

“The totalitarian state doesn’t have the objective of destroying artists but of making them submit to its influence,” he says. “Dozens of artists gave up and did what was expected of them. There were not many who resisted. But I kept on fighting. It’s happy to play cat and mouse with artists, up to a point.” Sokurov knew he was reaching that point. He was summoned to KGB interrogations. He knew his colleagues in the film industry were writing reports about him. “Some of them I still see and say hello to. They don’t know that I know.” He even knows which Siberian labour camp he would have been sent to. “But suddenly God sent us Gorbachev. Otherwise I wouldn’t be talking to you now.”

Ironically, Sokurov finds it harder to make films in today’s free market than he did in the Soviet era. That’s the other reason his tetralogy has taken so long. He was preparing Faust, his most expensive film, just when the economic downturn struck, and couldn’t find funding. But a surprise saviour stepped in: Vladimir Putin. Sokurov met Putin at the Russian PM’s country residence. “I told him, if I don’t have this opportunity to make this film, it will never happen. A few days later, I was told that the amount I needed was going to be allocated. How and why it happened I don’t know. Maybe because he has a very clear idea of German culture and history. I don’t think it was because of me. I’ve never demonstrated my loyalty to his party.” 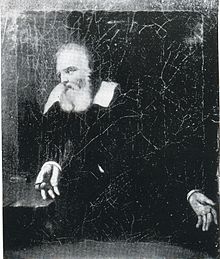 And yet it moves

"And yet it moves" or "Albeit it does move" (Italian: E pur si muove or Eppur si muove [epˈpur si ˈmwɔːve]) is a phrase attributed to the Italian mathematician, physicist and philosopher Galileo Galilei (1564–1642) in 1633 after being forced to recant his claims that the Earth moves around the immovable Sun rather than the converse during the Galileo affair. In this context, the implication of the phrase is: despite his recantation, the Church's proclamations to the contrary, or any other convic...